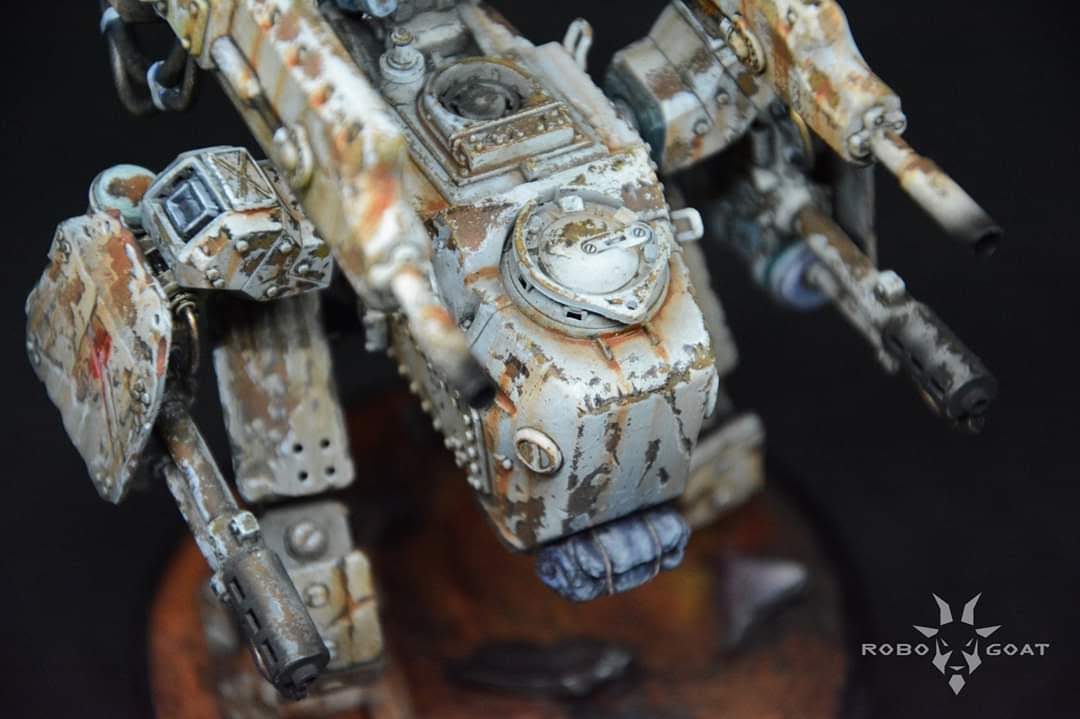 The Panzer-Kampflaufer III is a rather aggressive and bad basic Dust model, with a double set of weapons including two flamethrowers and two large Laser Cannons.

As a good kitbash freak as I am, having to choose between an outfit and the other left me unhappy: so why not modify the piece so that you can place all your weapons ?!

Starting from the bottom, I detach the legs from the pelvis and position two option tube parts where the hips are grafted, in order to further distance them, I recover two protective panels from the rifles, resize them with a hacksaw and glass paper and apply them on the thighs; with a scalpel I create sparse battle damage with a V-cut. I do not further load the lower limbs of modifications in order not to distort the model, even the central body where the cockpit is located does not undergo changes except a saddlebag applied from the front . I work on the lateral hooks of the already existing weapons, pivoting two ready-made shoulders stolen from a gunpla “donor of pieces” which I extrapolate from the magic box of the remains; I need these to give more volume to the piece and not to touch the two flamethrowers that I inserted with my legs, which I had previously enlarged. I have two nice “Laseroni” to be placed, but how to do it? With some option parts glued and some joints, these too taken from the fantastic box, I create a four-arm support to which I attach the two Laser Cannons; this latest modification causes the piece to gain aggressiveness and stage presence.

It is time to move on to coloring, then I decide to experiment with a chipping fluid peeling technique. Like first operation I prime all the pieces with a rust-colored primer (by Mig Jimenez), subsequently to vary the shades of the degradation with sponging and washing, I use the whole range of dedicated colors (by Mig Jimenez): light rust, medium rust, dark rust, old rust and shadow rust. After working on the modulation of rust, I apply on the whole piece of heavy chipping fluid and after I cover, even a little reluctantly, all the work done with a Tamiya XF-2 matte white, modulated with a mixture of blue and gray for the darker parts. After some hour of drying, I can begin to intervene by making crusts along the edges with wooden sticks, while on the surfaces I use a brush with hard bristles. Reached a fairly high percentage of paint loss, I have good exposed rusty surfaces, of which I can enhance the volumes by shading with black and highlighting with white the internal edges, both as regards gaps and scratches.

A further weathering phase is carried out with very diluted oil colors, for washing: I used mainly mars black cut with burnt sienna, for the more abundant rust drips I used natural sienna and red earth. Once the washing phase was completed, I added some more white acrylic light in the more illuminated areas.

For the study of the setting I had two ways: a diorama where to insert the Panzer, or a small base that doesn’t distracted too much attention from the central piece and did not steal the show; the latter was the solution adopted.

The support is a simple wooden cylinder black with a diameter of 10 cm, on which I modeled a ground with some DAS paste , inserted pieces of broken plastic and made the impressions to house the walker’s feet. Once you have gone through this preparation, I gave a base of black primer and for painting I used a range of colors ranging from dark brown for the shaded areas, to bright red for the areas of maximum light. I have painted the inserts of broken plastic by imitating splinters of metal parts.

After having positioned and fixed the piece in the special seats, to tie the two elements I washed the base with acrylic paints; after drying, always to connect everything, I brushed some rust red pigment on the ground and on the feet.

The peculiarity of this piece, which gives one part is desired and the other part occurred during the workings in a manner instinctive, it is the exasperation of the effects of peeling and oxidation. I’m in fact taken to excess to the limit of reality, with an almost graphic vein but from a final result very impactful and ….. very DUST 1947 !! 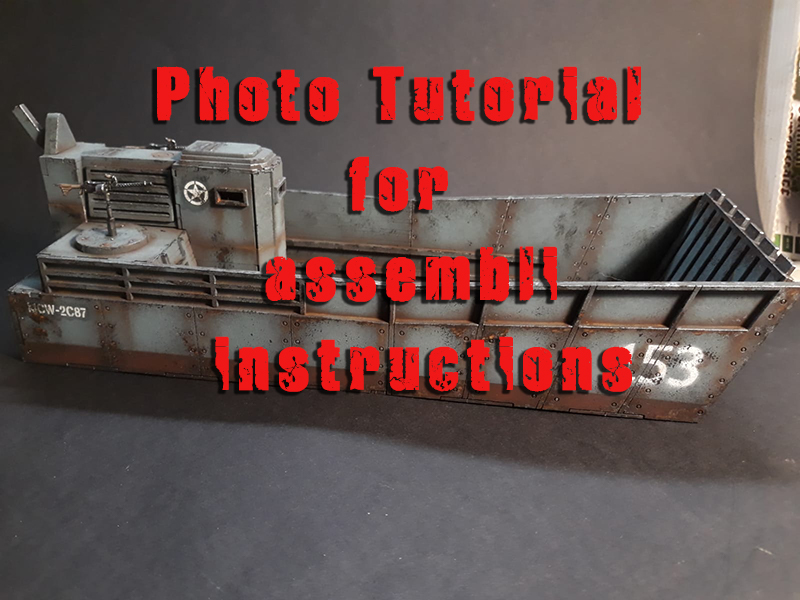 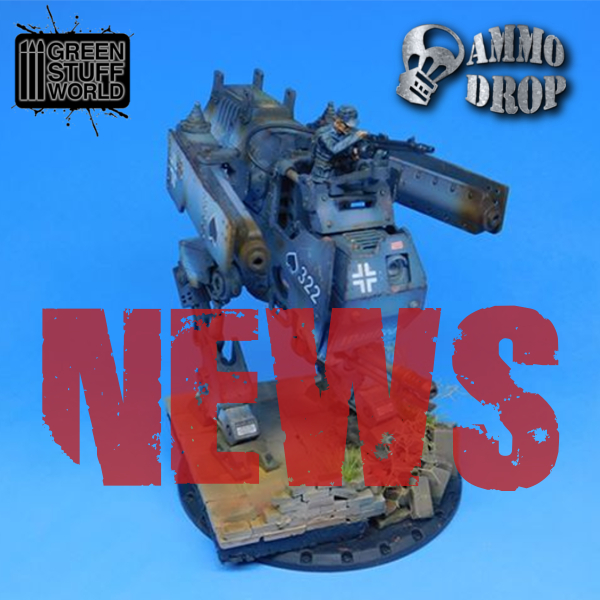 NEWS FROM THE FRONT: AMMO DROP’S INTERESTING PRODUCTS FOR PAINTING COMING IN THE WEBSTORE. THE ITALIAN DUST 1947 RULEBOOK IS AVAILABLE.