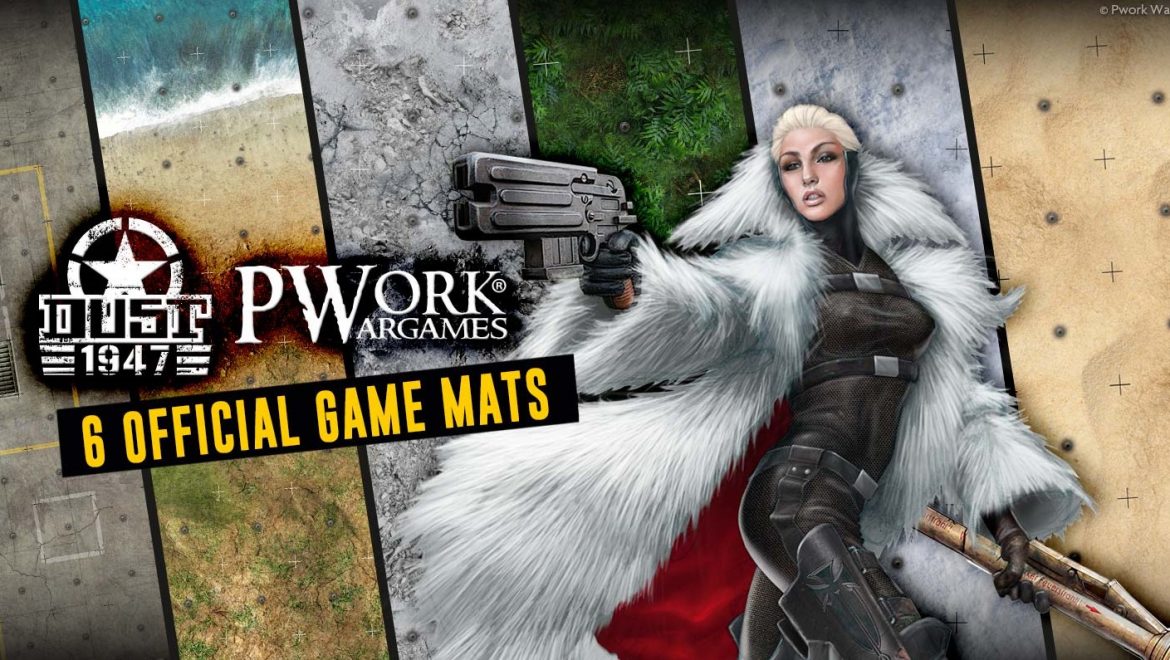 There are two main reasons why DUST 1947 is a must game. The first is obviously the incomparable artistic concept behind it, coming from the prolific mind of the Maestro Paolo Parente. How many players could remain indifferent when faced to a mix of robots and tanks? None, of course! The second one, perhaps less immediately striking but certainly no less important, lies in the agility of the Dust 1947 rules; an agility primarily due to its “grid” format. In fact – and unlike most miniature games – Dust 1947 can be played on a squared grid battlefield. The huge advantage of this method, compared to the more traditional freeform, is the immediate determination of ranges and lines of sight. The grid speeds up the game because it is possible to measure everything at a glance and eliminates any possible dispute, thus allowing players to focus all their attention on game tactics, instead of fiddling with tape-meters and rulers. The advantages become even more evident during a tournament, when players with different measurement methods may face each other, and where time saved from measuring translates in more time spent actually playing. The grid is extremely flexible and does set any limits to the size of the battlefield, allowing for different sizes, entirely depending on players’ preferences. Those who have already tried their hand with Dust 1947 have certainly played on a single 6×9 playmat (those contained in all the Starter Sets), while more experienced players have likely experienced already the thrill of the double playmat: the 9×12 format. Three carpets may be used to fight on a 12×18 grid as well. However, in this last case the length of the battlefield favors very mobile units and long range weapons, while penalizes slow and short range ones, such as the Blutkreuz zombies or the Soviet Steel Guard. Therefore, this format can disadvantage or benefit players depending on the army they field. Dust factions are balanced, but as each one is characterized by different strengths and weaknesses, they are not all on equal footing when playing on long fields. The newest grid format is the 12×12. Of course it is possible to overlap four 6×9 playmats (chewing out some square row on each) to obtain such kind of field. However, for the most demanding players, a wide range of 12×12 mats produced by PWork (www.pworkwargames.com) are now available in different patterns. They range from the classic desert of “Operation Babylon” to the dense Southeast Asian jungles typical of the “Golden Triangle”; from urban landscapes (“Zverograd”) and missile bases (“Pneemunde”) to shores (“Overlord”) and the frosty emptiness of the Antarctica (“Antarctic”). In short, there is something for all tastes and for all settings. These “combat mats” are available on the Ammo Drop shop (ammodrop.eu), also in the 9×12 format, for those who want to keep playing Dust in a more “classic” fashion. The mats can be found here.

The 12×12 format is particularly intriguing because it allows to ramp up the amount of Army Points (AP) to be played without cramping the map too much. The 12×12 is at its best when played at 120 or 150 AP (although it is viable as well in the classic 100 AP format) as picking a higher AP value increases the choices available to players in making their lists. More APs allow the players to decide how to “fill up” the larger grid with their own army, either by acquiring more cheaper units or by investing in more expensive ones, capable of faster movement (like aircrafts) or armed with long range guns. The larger grid also allows to “huge” and “large” vehicles (which occupy 2 or 4 squares respectively) to move around effectively, making them valuable assets considering the long range capabilities they often have (and seldom exploited to their fullest extent on smaller grids). All of this, without necessarily penalizing lists formed around slower units (as it tends to happen with “long and narrow” grid formats). In a nutshell, the 12×12 format increases the range of effective listing choices for players, without favoring any faction or bloc over another.

Increasing the number of APs available to players, however, generate two side-effects that may need to be managed to maintain the game fast-paced and fun. The first is the possible game distortion brought by the possible listing of an extra-high number of peculiar-yet-very-cheap units, such as the USMC “War Dogs” or the “Ninja infiltration squads” (feel free to think of other examples). Suggested tournament rules by Dust Studio already mention that on each list a maximum of three identical vehicles should be listed. By the same token, it is possible to set a cap of six for identical infantry units (no more than 6 UMCS War-Dogs, or 6 Ninja Infiltration Squads, etc). Introducing this cap still allows to list “horde” armies – such as those often deployed by USMC, NDAK, PLA or Blutkreuz-zombie players all around the world – but removes possible distortions brought on the table by proof-of-concept lists what while fun in friendly matches perhaps are not really at home in tournaments or competitive events.

The second side-effect could be a substantial increase in the number of overall player activations, with the consequent steep raise of the time required to play each turn. While this is not necessarily a problem in friendly matches, time management becomes crucial during tournaments, where time is limited – and constraining a game on just one turn and a half may be a bit disappointing. A simple rule of thumb to take care of this is to cap the maximum number of activations for each player based on the following formula: (AP + Bonus) / 10 + 3. It may sounds a bit mystical, but it is not. All the Dust 1947 players know that if they build their army according to certain criteria they are entitled to 10% bonus AP to spend on heroes. Experienced Dust 1947 players also know that a list can be considered balanced if it has a number of activations at least equal to the number of AP divided by 10. In other words when playing at 100 AP, if you create your list competitively you actually have 110 APs (due to the 10% bonus) and a balanced army would need about 10 or 11 activations. When playing 120 AP, you can have up to 132 APs available, and thus a “standardized” list would deploy about 12 or 13 activations. The number of activations can obviously be a bit higher or lower depending on the player’s preferences. However, if you set a limit on the maximum number of activations equal to the number of actual APs (including the bonus) divided by 10, and add 3 to the result, what you get is a value that does not penalize horde lists, but avoids hyper-large list which would require very long times to be played. The results yielded by the applying the above formula are summarized below for the most standard AP values.

Overall, the 12×12 is a hell of a format to play on, and by providing a larger but balanced playfield allows to squeeze out the most fun from building, deploying, and leading into combat lists more beefed up than the standard 100 AP ones. The 12×12 format expands players’ choices both before and during the battle, enhancing the spicy tactical flavor typical of Dust 1947. Setting caps on identical infantry units and/or maximum number of activations allows to tweak and to twist the format even more, by keeping matches fast paced and balanced, while incentivizing the players to try out new units, lists, and tactics. Now it is up to you to take up the challenge on the battlefields of 1947, to refine your skills as commander, and to lead your troops to victory! 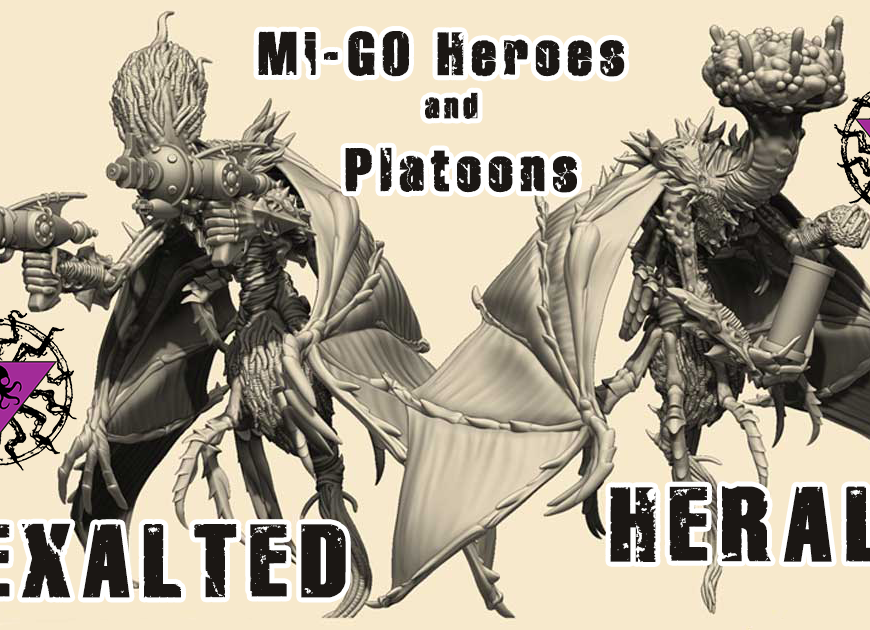 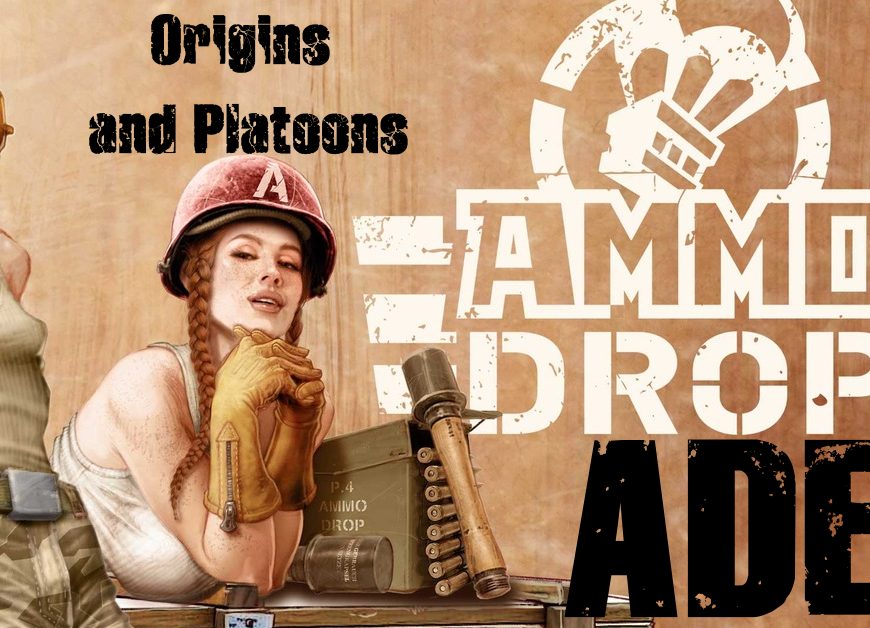